And hours before it was just a sketch...

Rudis was founded in 1993 by Manuel Oliveira in the small town of Arada, Portugal. Gradually over the years, it has confirmed itself as one of the factories of reference in the footwear industry for men and women – not only in Portugal, but also at the international level.

Rudis was founded in 1993 by Manuel Oliveira in the small town of Arada, Portugal. Gradually over the years, it has confirmed itself as one of the factories of reference in the footwear industry for men and women – not only in Portugal, but also at the international level.

The company started its business with a team of 6 employees and was solely dedicated to the production of moccasins and boat shoes during the early years of business activity. Our first orders were intended exclusively for the Portuguese market.

However, a market paradigm change has occurred over the past decade and Rudis started to bet on an export strategy with its first clients abroad, particularly in The Netherlands and France. This approach proceeded in the Scandinavian, German and British markets.

Meanwhile, the factory improved its flexibility by introducing the production of sneakers and other types of footwear developments at short notice in order reach different audiences.

Today employing 25 workers as a result of its continuous and sustained growth, Rudis has been developing very interesting projects from the scratch with nowadays well-established footwear brands.

Our vast and heterogeneous portfolio is a clear sign of the quality of our know-how in both development and production.

Therefore, the motto is to give maximum priority to quality work over quantity. Those who seek us are essentially looking for a product that stands out for the premium excellence of raw materials, the handcrafting production processes and the finishing touches with loads of care to maintain a good final product. 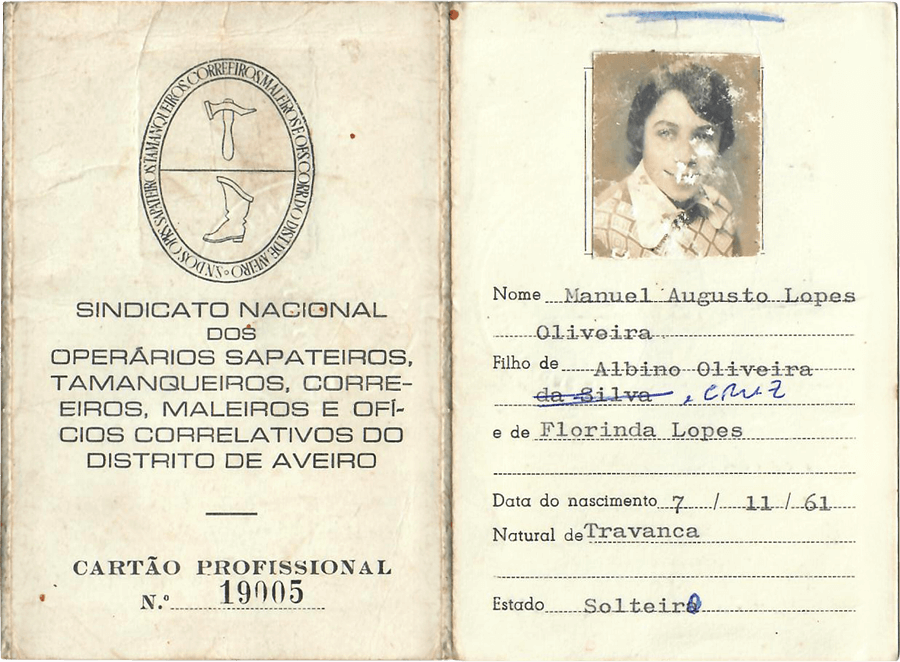 Message from the Founder

Travanca, Vila da Feira, 1972: Portugal lived through difficult times and was on the eve of a political and social revolution. Life was hard, money was scarce and people lived in a simple and humble way.

I was forced to leave school very early. Any monetary help that my parents could receive would be extremely important to keep home life stable, peaceful, and as calm as possible. So I was a tender 11 years old boy when I started working in a shoe factory, where I was in charge of doing small tasks.

Four years later, that factory closed down and I had to find a new job. Shortly after, I got a place in a new factory. I arrived highly motivated and full of desire to learn, improve and go further in my career. Over there, I spent countless hours at the end of each day of work, learning alone in order to improve my technique and knowledge in the footwear field.

Thanks to this self-taught effort, finally the day came when I was able to make my own pair of shoes, from modeling to finishing.

I was always fortunate to have bosses who liked me and recognized the skill with which I performed my duties, which made me even more fond of the profession.

I learned a lot over there. So much so that at the age of 18, I was invited to be in charge of the assembly line. I would have around 20 employees under my responsibility. I took a lot of pride in my new position and grabbed the opportunity with both hands, taking on the demands of the new functions with utmost commitment.

But I didn’t want to stay there for always. During this time I fed the dream of having my own company and that dream never left me until it became a reality.

In 1992 and until our facilities were finally built, I collaborated in a partnership project with another shoemaker. A year later, Rudis started its activity.

During the early period of the company, there were many ups and downs because the global footwear market was very inconsistent and even sometimes chaotic.

However with a simple structure of machines and a small team of trained people ready to work, Rudis started its path and faced those initial adversities by creating a solid line of moccasins which was the best type of footwear we could make at that time. We started selling our shoes in the home market for which we still work and are recognized for the quality of our manufacturing.

Over the years, Rudis became more and more flexible to meet the latest trends and respond to emerging markets by introducing new types of footwear we were not used to make, such as boots and more recently sneakers, runners and other sportswear shoes with cemented or Strobel construction. We have also created our own brands, which are sold in various markets.

Our quality and adaptability enabled us to attract new clients abroad. Nowadays, exportation corresponds to 95% of our production and business revenue and we are producing footwear for different and prestigious international brands.

I have already amassed over 40 years experience transforming sketches of shoes on paper into real, high-quality physical footwear. The best part about the job is the freedom to create, to take a style from paper to a final product. I always keep a close eye throughout the production. And in the end I will hold a real shoe in my hands, which hours before was just a sketch.

The passion for footwear makes us different. And that’s something we can never forget…

The Founder and Owner of Rudis